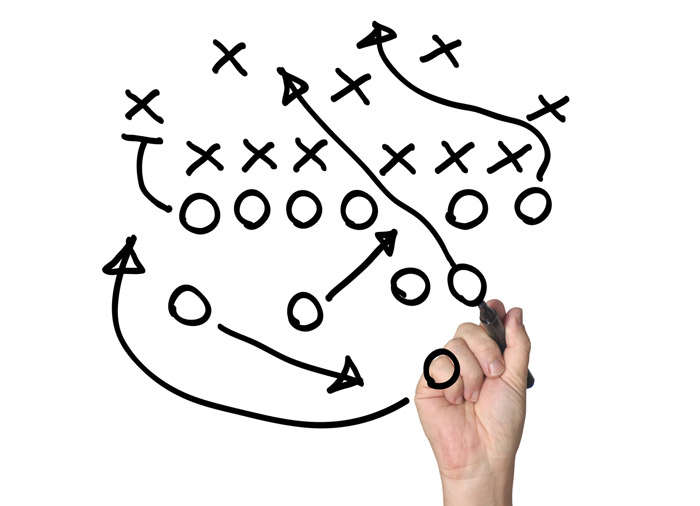 Challenges in lateral hiring in Leadership Roles during Meltdown

The meltdown effect
An economic meltdown poses different kind of challenges in hiring for leadership roles. Hiring organizations want people with a track record of organic growth and proven performance and that too from the industry only. The reasons are very clear – it is a make or break decision for the business, wrong selection can make the management a laughing stock in the eyes of employees and can lead to high level of demoralization across the organization.

On the other hand, high performers are already in leadership roles with special retention packages & a well defined career path in their current organization. Moving these professionals even during the boom phase is a difficult task and risking a move into a new assignment during the recession phase is the last thing on their mind. Getting people for leadership roles therefore is a big challenge for the client and the
search partner in the meltdown times.

Aryan HR was commissioned to search and select a very senior resource to head Marketing, Sales, Service and Spares for a large European car company. The process started towards the end of November 07. The initial brief was to conduct the search across FMCG, Durables, 4 Wheelers and 2 wheelers industries. We as consultants were keen to get an FMCG resource on this role as the market was getting crowded, and creating a brand and then capitalizing on it was the only way to succeed – a regular phenomenon in the FMCG domain.

Aryan HR’s first shortlist of prospective candidates was submitted to the client towards the end of Jan 08. It had good names from the FMCG sector. However, the ensuing economic meltdown made the client to change its mind and focus only on candidates with prior experience in the 4 wheelers industry. The interviews of candidates from car industry happened with the client in Feb 08 and verbal offer was
made to someone then working as Vice President – Marketing & Sales with a leading Indian company with presence in SUV and passenger Car segments. The gentleman was keen on the assignment and was asked to visit the client global HQ in Europe. He also had an offer from a leading Japanese car company. He thought of resigning before he went to Europe so that he could take up either of the new assignments at the earliest.

He met with his CEO and told him about his intention. The CEO informed the Chairman and the candidate was summoned for a meeting by the Chairman. The Chairman told him that the company had already planed to move him as a COO and the announcement to this effect was on its way. The  gentleman was excited as he would now have the overall responsibility of the Car Division – a role he could visualize with the Japanese or the European Company only after three to four years. Therefore, he declined the offer and was not open for any further dialogue.

A fresh search was conducted in March 08, now narrowed down to the 4 wheelers industry only. A thorough mapping was done across the industry. Even people who were at some point of time in the Car industry but had moved out to other industries were mapped. After a detailed assessment process, suitable candidates were recommended to the client in June 08. The interviews happened with the Indian Management Team and 4 candidates were put up to the global marketing team which visited India in October 08. The global team selected two persons and asked them to visit the HQ in Europe. The two gentlemen went to Europe in November 08 and clearance was given for making an offer to one of them. The negotiations started and the offer was closed in the 1st week of Jan 09. This gentleman was a one-company resource – he had been with his present employer for the last 12 years, doing well and of course in a comfort zone. When it came to resigning, he spoke to his friends and family members. They advised him not to take the risk in a recessionary market, and that too for a start up venture, and the gentleman declined the offer in Feb 09.

SOS!!
The search was back to the drawing board. The industry had been mapped and most of the candidates had been explored. The client was restless since not having a person in the leadership role was taking its toll on the business – a critical chair was unoccupied, direct reportees were feeling restless and one of them had even resigned. The product launches that were happening also suffered from lack of leadership.
The client perhaps had now sounded off a few other search firms. Candidates being contacted by us didn’t know who the real search partner was! Our search team was demoralized and yet we had to move fast considering the vulnerability of the client and our anxiety of losing an important placement. The long list of candidates was revisited, some of the candidates who were kept on hold were assessed and some of those who had been passive and reticent earlier were re-approached. A fresh shortlist of 4 candidates was put up to the client. This included a candidate who had earlier declined to explore the opportunity and was approached again positioning the role as a “self actualization” opportunity and not just another job. The first round again was conducted by the Indian Management followed by the International Marketing team members who visited India in March

09.
The closure:
The candidate, who had declined earlier to explore the position, was the one who got short-listed for the final selection. It was decided that he would not be sent to Europe and instead a video conference (VC) would be organized to cut short the time. The VC was organized and the candidate was approved. The negotiations started in the 2nd week of April and the offer got concluded by the end of the month. The gentleman joined in June and the search thus got completed. The gentleman has now spent more than three months in the organization and is doing extremely well.

Take from the search:
Don’t target “one company” resource: People who have been one company resource are likely to decline the offer more often than the people who have worked in different environment. Call it comfort, loyalty or any other name; they are likely to break-down to emotional pressure from the bosses. It is better to look at candidates who have worked in a couple of organizations in their career as they are more open to taking risk and also adapt easily to the new environment. Back to the Basics: We need to get back to the good old concept of having an internal resource ready for taking over the leadership position. This was always part of the disaster management SOPs. The logic being – leadership positions cannot be kept vacant and in case there is any disaster, the company must have a tried and tested person to fill in the position. So having bench strength for leadership positions as part of a disaster management strategy needs to be practiced seriously. Choose your partner right: Senior management search and selection is the most serious business for the top management. It can make a huge difference and can be a limiting or success factor particularly for the start up ventures. The search partner must have scientific & proven processes in place, high degree of assessment & facilitation skills and a never-say-die attitude.

It is fun to be with one: The client must not engage another search partner in between. The candidates get confused, the value of the assignment and the client selection process gets diluted and the search partner is demoralized. No one is a gainer in the process! The existing partner on the other hand already got a much better insight into the role and industry and hence can close the position at a good speed and still maintain quality .